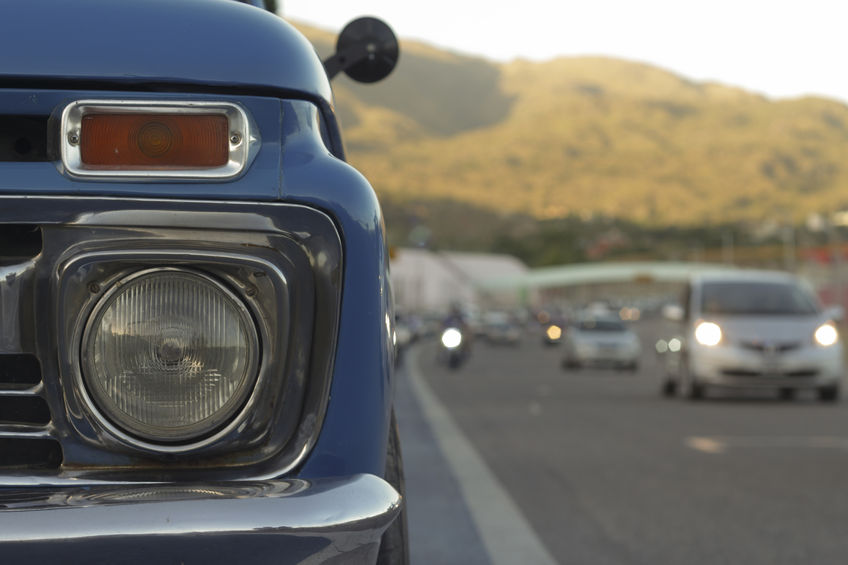 Fiction in a Minute: Dude, Part 3

Still in shock, Neil found himself walking ten blocks back to his car, a dark green Toyota mini-pickup, not sure how it had come to be that he would to take Melly to the hospital. There’d been some confusion after Linus was shot, during which the ambulance left without her, sirens screaming.  And she’d stood there, in the middle of the bar, arms folded over her chest and her face puffy and wet from crying. “I’m too upset to drive,” she said. It also turned out that she and Linus didn’t have a car.

The sun was too bright, and the others on the sidewalk were too cheerful. The saline, fishy smell of the ocean bit at his nose. A paperback mystery novel he had once enjoyed sprang to his mind, its dark comedy of murder and death set in the sleepy beauty of the Florida Keys striking him as horrible now that he had witnessed in person a violent crime. There really was nothing funny about being shot.

His T-shirt was as damp as if he had ran two miles, and the cool sea breeze made him shiver. The sound of laughter pealed out of a juice and smoothie cafe. His phone buzzed in his pocket, and irrationally he thought it was Melly or Linus, calling to see where he was, before realizing that of course neither had his mobile number.

The text on his phone was from his friend Ray. “Want to come over and jam?”

Neil thought about the last jam session he’d gone to at Ray’s; a kickback, marijuana-infused afternoon playing riffs and listening to Ray’s girlfriend come up with crazy lyrics to their impromptu songs. It sounded like the best possible antidote to the events of the day; the gunshot could become a story with edges dulled by distance and pot.

He put the phone on the seat without responding and five minutes later, he was parked in front of the Green Man bar. The urge to put the truck back in drive and keep going was strong. Why get involved in these peoples’ lives? They didn’t even know his last name. Surely they would not be surprised if he never showed up again, an afternoon ghost with a guitar on a day of tragic events.

But then Melly stepped onto the cracked sidewalk, her hand shading her eyes from the glare, and a green purse strapped around her body. She looked fragile and small, like a doll, standing there, so Neil tapped the horn -- one beep -- and with the faintest of smiles she walked toward him.

“I guess I could’ve taken the bus,” she said, settling into the truck’s bench seat as he slid the phone back in his jeans pocket. “Thanks for coming to get me.”

Neil saw she’d pulled her blonde and grey hair into a thin ponytail, revealing a sharp jawbone and hollow cheeks. Good-looking, for an older woman.

“No worries,” he said. But she’d already turned her head to look out of the window while he drove, her long fingers knitted together and resting on her lap.

They drove in silence for a long time, down Washington Boulevard to Lincoln, stopping and going and stopping in the usual beach area traffic.

“Linus owns the Green Man,” she said, out of the blue. “He likes to tell people I do, but it’s not true.”

“Are you two married?” Neil didn’t know what else to ask her, and even this venture seemed intrusive, odd. The kind of question that served only to highlight how little he knew about both of them.  He was a stranger thrust upon them in a tragedy.

She just shook her head. “Lived together a long time,” she said.

“Common law marriage, then,” he said, not sure why he was pressing her on this. She shrugged and kept looking out the window.

Neil drove through the enormous intersection of Lincoln Boulevard and the Marina Freeway, the white buildings of Daniel Freeman Hospital shining like a beacon against a bright blue sky. A day for taking pictures. He pulled into the driveway, following a sign that said emergency services drop-off. I’ll drop her off then head over to Ray’s. Duty done.

She closed her eyes and sat still as a mannequin. Neil held his breath, worried she would never get out. He realized that it would not be so simple for him as to be able to drop her off at the emergency room and then go about his life, chalking the whole experience up to a weird life lesson about not going off with strangers. He resigned himself to taking care of this woman, who had just witnessed her lover's shooting, and been at gunpoint herself. Let’s not be such a selfish bastard today, he thought.

“He’s saved my life five times,” she said, trembling slightly and Neil saw the tears brimming over her lashes and spilling on to her cheeks.

“Why don’t I park the truck and we’ll go in together?” he said.

She nodded and opened her eyes so he could see the gratitude outshining sadness briefly in their blue depths.