My first trip to Africa was my October visit to Senegal, on the west coast. I spent most of the time working at a conference held at the Le Meridien, but was able to get out a few times to see little bits of the city. My lasting impressions are of friendly, funny people; tall, slender women in colorful robes and headcloths; cold showers; hot, sticky weather; goats being led on leashes thru city streets; tents sheltering gigantic sheep in advance of the Muslim Tabaski holiday; goats and children sifting through trash heaps. 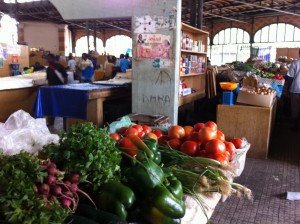 A market in the heart of downtown Dakar. Pictured here is the fruit and vegetable section. As you went deeper into the center of the market, we found stacks of whole fish, lamb carcasses and large cuts of meat. 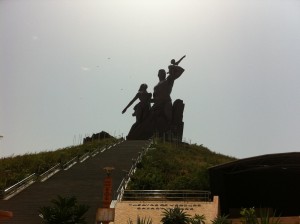 The African Renaissance Monument, 160-feet high and the most dominant feature of the Dakar skyline. Controversial among the Senegalese because of its $27 million price tag and the decidedly unmodest attire of the woman. 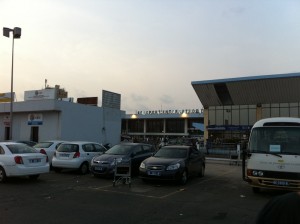 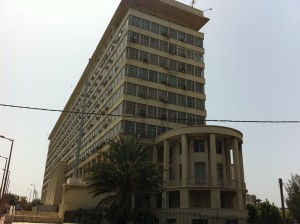 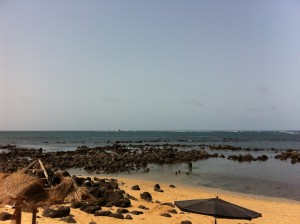 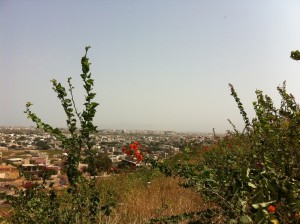 View of Dakar from the base of the African Renaissance monument. A local told me that much of the land is under state control. The current President is widely viewed as refusing to step down when he should. Senegal has for years been held up as an example of a stable, African democracy, but that image will be put to a test when the current President runs for his third term using a loophole to get around two-term limits.

It may sound trite but visiting Senegal gave me a greater appreciation for the amenities we enjoy in the United States, like reliable power supplies, sanitary water supplies, clean streets.

2 thoughts on “Impressions of Dakar, Senegal”