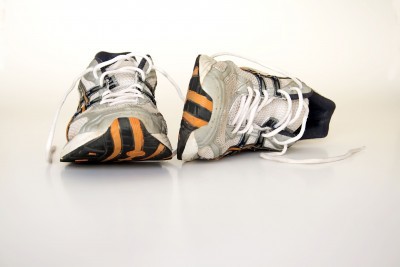 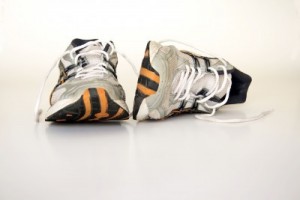 Grace and power. The Olympic athletes participating in the Summer Olympics in London make the breaststroke and somersaults look effortless, the only giveaway that they’ve pushed their bodies to the extreme is the winner’s heavy breathing in post-event interviews.

Two days of watching swimming, gymnastics and synchronized diving and I’m lacing up my running shoes, determined to get just a bit closer to fit. This is a good thing, obviously. Moderate exercise has many benefits including strengthening the immune system, improving cholesterol, and lowering blood pressure. The latter is of particular interest to me — high blood pressure runs in the family and my mother continually vexes nurses and doctors with systolic spikes well into the hypertensive crisis range.

Olympians make it look easy, which in turn inspires me (and maybe you too) to at least try to jog around the block or swim a few laps. But the truth is that Olympian levels of fitness are unattainable for most of us, a combination of natural gifts and a dedication to physical training that exceeds the time many of us spend in full-time jobs.

I don’t say this to demotivate myself back to the couch. I say it more to remind myself not to expect too much from the first week of exercise in longer than I care to admit. I’m the kind of person who expects to run a 5K on day one and then becomes discouraged when 1K is out of reach. The kind of person who is too quick to say she’s terrible at sports so why try? So I did a little research to remind myself exactly how Olympians are different from us mere mortals. I’m sure there’s more, but this is a good start.

Just doing this bit of research about how athletes train for the Olympics gave me a new appreciation for their dedication and persistence. Olympians also share one more trait — they are goal-oriented and use that goal as motivation. I’ll think of those eight-hour-a-day workouts as I push myself to make it through 30 minutes a day. And instead of going for the gold I’ll be going for good health.