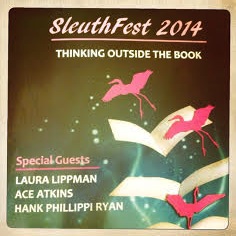 When it comes to writing about locations, fiction writers find themselves in a dialogue with their readers. They are describing streets and cityscapes and buildings that have readers’ emotions and memories wrapped up inside, and they must find a way to transport the reader there in an authentic way.

It’s like jazz. There are jazz standards, but there is no one right way to play them. An artist like Miles Davis took a classic song like Autumn Leaves and made it say something new and different than it’s ever said before. Want to write about an iconic city like New York or Los Angeles? Be ready with a new way to interpret a place for readers.

One tactic is to reframe the city by uncovering one of its themes. Author Laura Lippman, who sets her novels in her hometown Baltimore, talked about the town’s nickname “Small-timore” and how she works this into a theme by showing characters running into one another as though they lived in a town of 60,000 instead of 600,000. It can also come from creating an atmosphere, rather than just describing a place. Greg Herren talked about describing how the air feels, how it smells and the color of the sky in his hometown New Orleans. Little bits of detail are enough to describe the whole world, said Michael Sears.

Location is most authentic when it is seen through the eyes of your characters. A building is more than a neo-classical structure of pink granite; it is the art museum where your protagonist broke up with her boyfriend on an eighth grade field trip. What is your character feeling and sensing as he stands there? In seeing a location through your character, you also give yourself permission to stray from perfectly accurate reporting. Because you are looking through the prism of your character’s emotions and experiences, your writing about a place or a space can take some fictional liberties. In this instance, it’s better to be convincing than accurate, said Wallace Stroby. It reminds me of that Miles Davis quote about if you hit a wrong note in jazz, then make it right by what you play next.

Thanks to moderators Twist Phelan and Hank Phillippi Ryan, the Sleuthfest 2014 panels on finding the right neighborhood for your novel and urban versus rural settings were my favorites of the three-day conference. First-time author Jamie Mason absolutely knocked me out with her writing in her debut Three Graves Full — a book set in a kind of nowhere/everywhere North America. I look forward to applying what I’ve learned to the third draft of my first novel. Thanks to the Florida Chapter of the Mystery Writers of America for putting on a great conference.