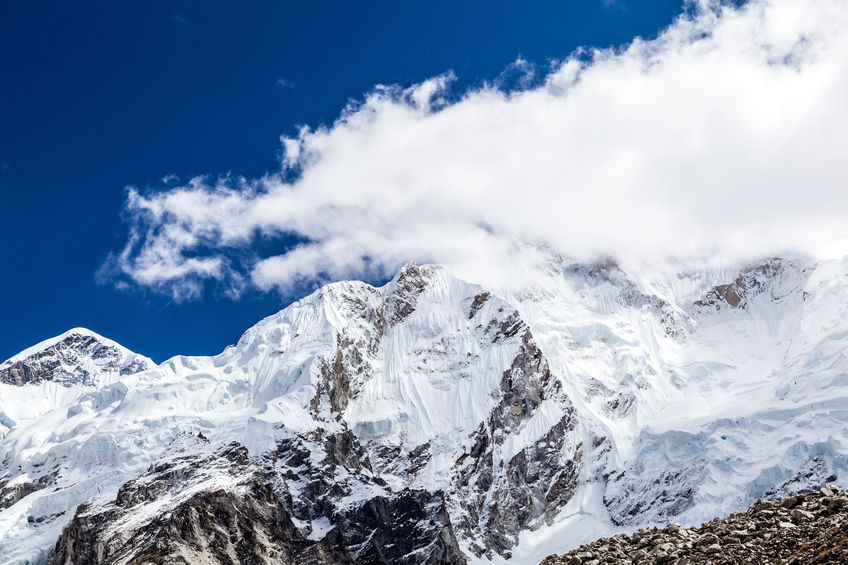 Fiction in a minute: Atmosphere

"Nanga Parbat. It's one of the tallest mountains in the world at 26,000 feet," Brooks said, his voice rising in pitch and in speed as he told me about the book on the Himalayas he was reading. "But it's the sherpas that really get me. They were so devoted, so honorable. One stayed with a fallen climber on a ridge, facing sure death, just because he would not leave the man to  die alone. He could have saved himself. Think about that! And he stayed."

Brooks slammed his hand on the kitchen table with a thwack that made my coffee shiver in its mug. "I have to show you the photo of this killer mountain," he said.

His feet hit the floor so hard I can hear the house creak. I poured the coffee down the sink drain, its dark smell now reminds of me of foreboding and turns my stomach. Cold from the tile floor shot up my legs.

Like the man in the suit waving his hand over a map on the morning news show that played silently in the other room, I was a meteorologist, not of the weather but of Brooks' moods. His mounting excitement, verging on agitation, told me a storm was brewing. When he slammed his hand on the table, I knew the funnel cloud had formed.

Now I waited for the tornado to touch down.

I let the hot water warm my hands as I washed the mug. The cat rose from her sunny perch by the back door and snaked between my legs before leaving the kitchen. Perhaps she sensed the impending storm too.

"Nancy!" His voice traveled across the wood floors and over the furniture, piercing as a tornado siren. I counted his footsteps--one, two, three, four--until he burst back into the kitchen holding what looked like one of the used clothes dryer sheets made to stop static electricity in the laundry.

"I've told you before how toxic these are! Chloroform, camphor, ethyl acetate. The EPA calls these hazardous waste and we rub them all over our clothes."

He shook with anger. The Himalayas and the deadly honor of the sherpas was forgotten in the face of the tragedy of dryer sheets.

The mug, slippery with soap, dropped out of my hand to break against the stainless steel sink. A sharp bite of pain pulsed up my arm. Blood swirled into the water. I nicked my finger on a ceramic shard.

Brooks stared at the blood, his mouth hanging open. "Do you have your tetanus shot up to date?" he asked. He looked fearful. "Do you need stitches?"

I wrapped a dishcloth around my hand and held my arms out to him. "Don't worry, Brooks," I said. "It is a small thing."