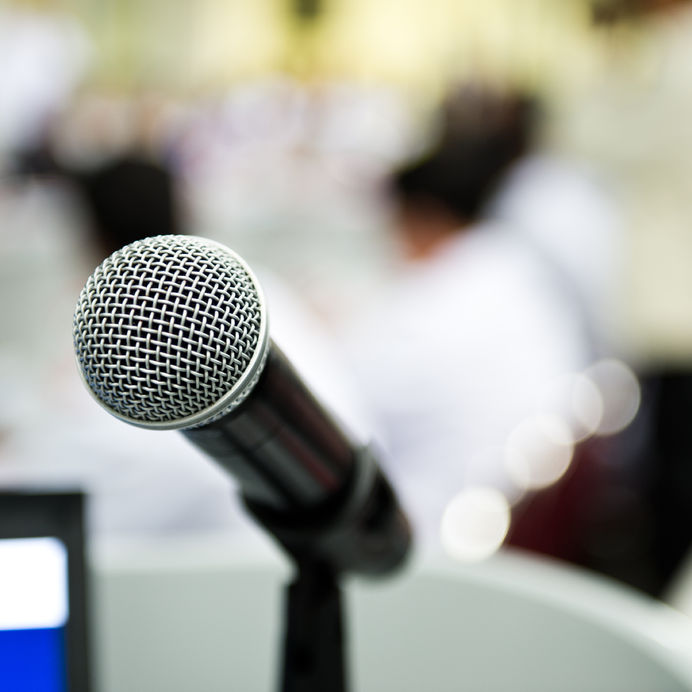 Fiction in a minute: Bigfoot’s announcement

Bigfoot tapped the microphone set on the table in front of him. “Testing, testing,” he said, his voice low and guttural.

The sound guy shook his head and rushed over to fiddle with the dials and wires of the audio set-up for the hastily arranged press conference.

The public relations woman leaned in to one of his furry ears. “If you can work in a few messages on the need for public funding for Oregon state parks, I’ve prepared some talking points for you. Just a few facts...”

Bigfoot had a weak spot for pretty women. He took the paper from her in both paws and set it down as though he would read from it. “I’ll try,” he said, careful not to over-promise because he wasn’t sure he’d be able to get all of his material into the scheduled time.

The double doors to the conference room opened, and the journalists with cameras of all kind jostled for position. Most of them couldn’t resist snapping pictures immediately, and their flashes blinded Bigfoot.

“Sit down, sit down,” the PR woman said. “He’ll be here for an hour and there is plenty of time for photos and questions. But first Bigfoot has a statement he wants to read.”

A few more minutes of shuffling and setting down equipment and the room grew quiet. What could have brought this legendary creature out of centuries of hiding? Global warming? Deforestation? Fracking?

He tapped the mic again, the resulting thump booming from the speakers and sending the sound guy into scurry mode. Bigfoot cleared his throat.

“In 2015, isn’t it time we moved past vampires and onto other supernatural beings? I liked Twilight just as much as the rest of you, but I think it is time for the world to tell the stories of other mythical creatures.”

A skeptical-looking reporter in the front row pointed at Bigfoot with his pen. “Other mythical creatures? Like, um, Bigfoot?”

Bigfoot’s matted fur covered his lips so the reporter didn’t see his smile. “I meant dragons or werewolves or elves, really,” he said. “But now that you mention it, Bigfoot’s family is very charismatic. My daughter scared the pants off of two campers last week. You should have seen them run.”

“So this is a pitch for a movie deal or reality show or something,” the reporter said, not trying to hide his disdain.

“Something like the Kardashians meets Little People, maybe. Plus a bit of Survivor. Maybe that guy Bear Grylis could host.”

The reporter in the front row threw his notebook and pen in his bag and got up to leave.

“So, where have you been the past forty years? Why haven’t we seen you before?”

“We live in a cave not too far from here. We finally got wifi last month. But better late than never, right?”