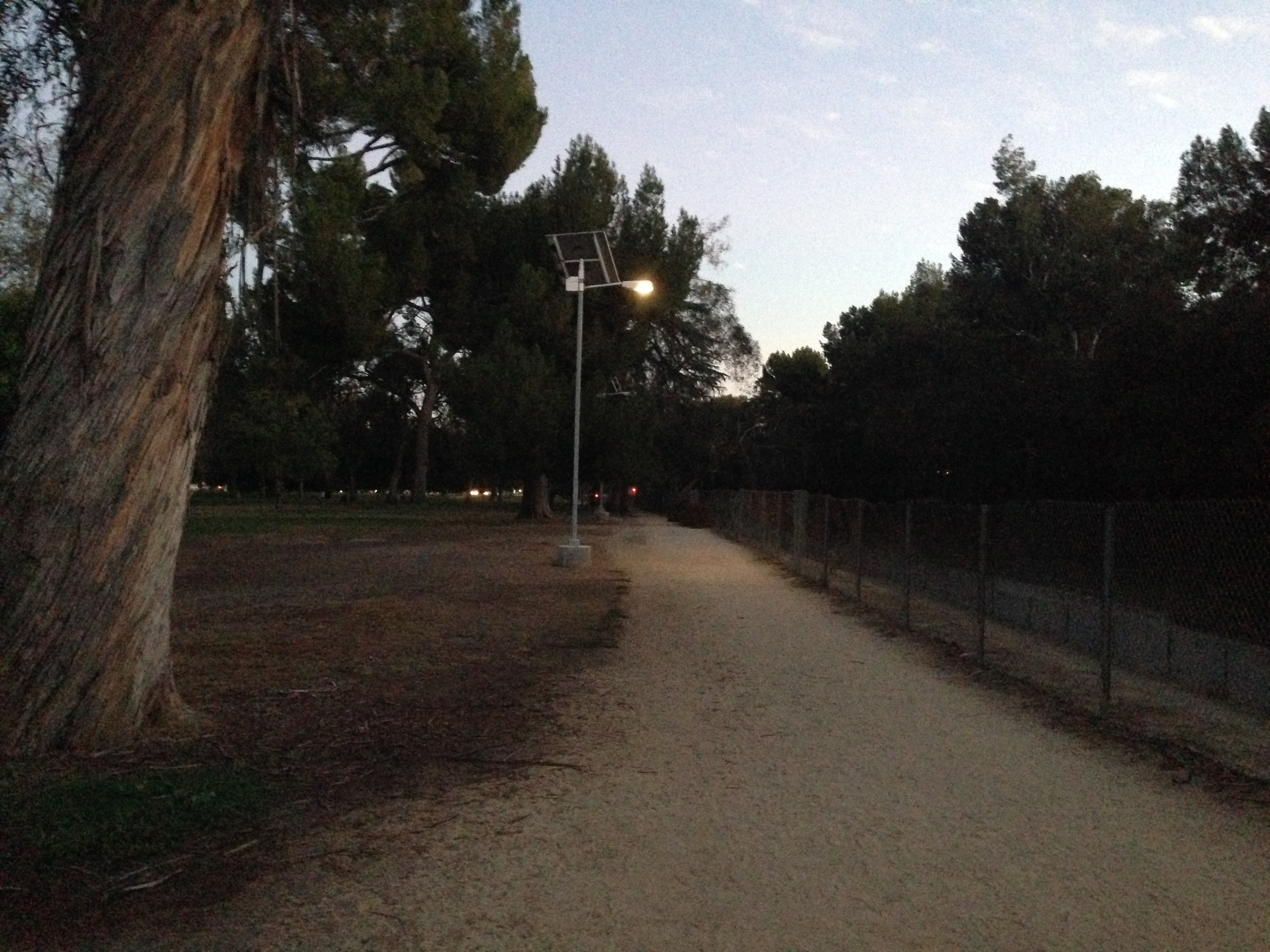 Fiction in a minute: Halloween Run

Kelly hopped up the curb and onto the dusty path that ringed North Hollywood Park. The loop was just under a mile, and she figured she could get two laps in before dusk dissolved to night and burn enough calories to enjoy at least some of her son's Halloween candy.

Ahead, the trail was empty. Everyone was either trick or treating or preparing for a night of revelry. But before she'd run five steps, out of the corner of her eye she sensed movement. A boy in a dirty white tshirt leaned against the scarred wood of one of eucalyptus trees lining the park, studying her with wide eyes.

Her initial smile faltered when the boy didn’t smile back. His reaction was not a reaction at all; instead he continued to watch her, eyes hooded, unblinking and malevolent. He gripped something brown and furry. She extended her legs in longer-than-usual strides, suddenly anxious to put some distance between them.

She heard a scratching sound behind her and glanced back, hoping to see a fellow jogger. Someone normal. But it was the boy running behind her, keeping pace. His sneakers made no sound on the path, nor did they kick up dust like hers did.

He quickened his pace to close the gap between them. He drew near enough that she could see the brown furry thing in his hand was a squirrel. And it was dead.

The hairs on the back of her neck stood up as tall as acupuncture needles. She cut off the main path to a shortcut she knew would get her to the main street faster. She closed her eyes and ran for her car, parked under a streetlight 100 yards away.

With shaking hands she opened the car door and slid into the driver’s seat, only to see the dead squirrel laying on the passenger seat.

She screamed. Perfectly framed within the rearview mirror was a reflection of the boy's eyes, dark and reptilian. Impossibly, supernaturally, he sat in the back seat.

The knife glinted in his hand. 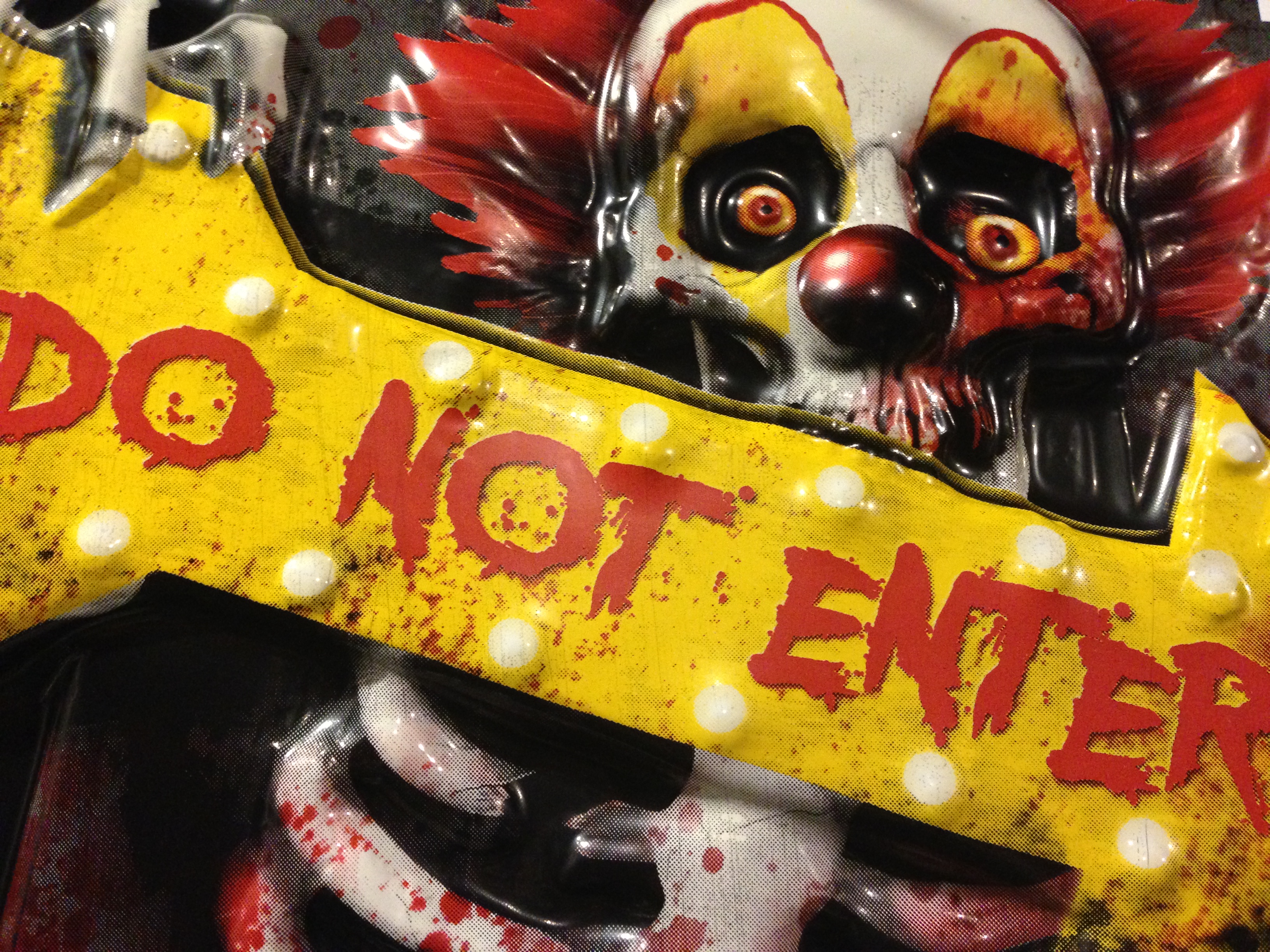 Fiction in a minute: Haunted

The man in the Edgar Allen Poe tshirt wasn’t acting. He was actually bleeding to death on the grounds of Minta Deek’s Haunted Playground. But the drunken revelers ignored the moans and gurgles escaping from his slit throat. One even stepped over him and then called his performance “inauthentic.”

Everyone’s a critic, Richard thought, wiping the knife handle on his shirt then tossing it in the thorns of an ugly shrub. Though, he had to admit, he had witnessed some pretty lackluster performances from the zombie crew by the swimming pool. Minta didn’t pay enough to attract top talent. It was one of the things they fought about as early business partners, before she forced him out of the company.

Hands and arms trembling, the dying man’s eyes started to close. One last cough shook his body and then he was still. Richard faded into the background and pretended to look at his phone. He hoped that Minta herself would appear on the scene so he could watch her reaction up close.

One of the rent-a-cops stooped over the man and shook him by the shoulder, then backed away as fast as a little girl from a snake.

“We’ve got a situation,” he said into his radio. “Someone’s been murdered.” Pause. “No, I’m not f--king kidding, Albert, you idiot. Some guy got his throat slit.”

Richard thought about the bouquet of flowers he had sent to Minta today, after signing the separation papers. “Good luck with your business,” he wrote on the card. He hoped she would get the sarcasm as he intended, once she realized that her haunted playground was a crime scene and soon would be shut down. What he really wanted to say was "good luck with your lawsuits and insurance and bad publicity" but sometimes subtlety was best.