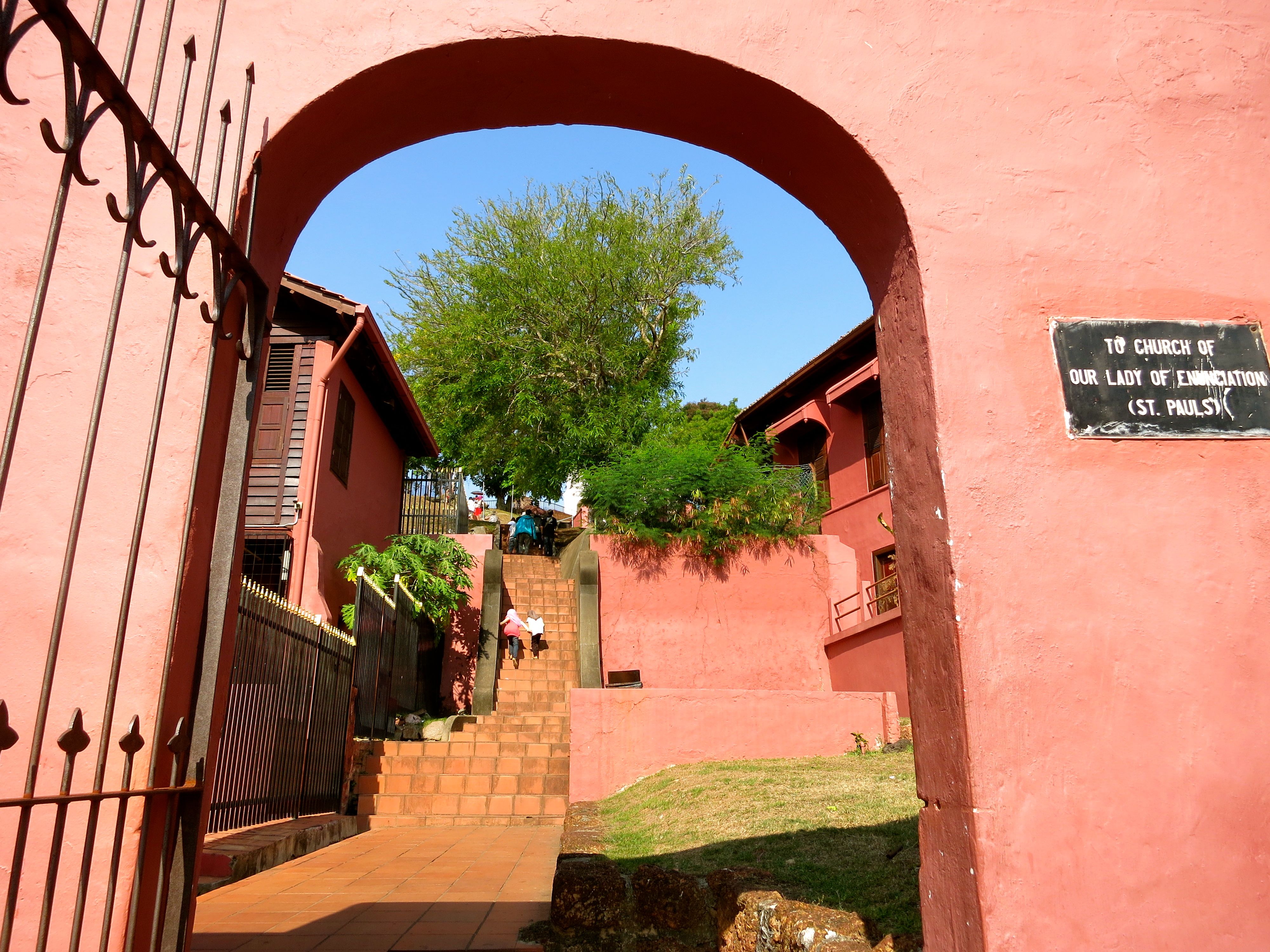 With 500 years of history as a spice trading town, Malacca, along with sister city Georgetown, was selected as a UNESCO World Heritage site in 2008, and that's how it popped up on my radar of a good weekend trip from Singapore. Malacca's sunbaked, salmon red Dutch buildings beamed out of photos like a beacon saying, come to Malaysia. 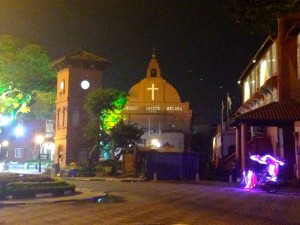 But as I stand in Malacca's Dutch Square in the rain, the salmon red paint on the buildings up close is darker than in photos, and reminds me more of thick dried blood than anything. Because the buildings date back to the 16th century, I assume there is some historical significance to the paint color. Perhaps the Dutch brought red pigment to the world? Maybe they were homesick and painted their buildings red to remind them of red brick buildings in Amsterdam? I really have no idea.

But the origins of the red paint continue to intrigue me as I walk up and down Dutch Square over two days. The color is so monolithic and forceful. It has no subtlety or depth. In bright sun, the red is a chalky salmon that soaks up the light. In rain, it is bold, dominating, alarming. At night, it looks like rust. It is difficult to make the eye look anywhere else. What would bring a city government to choose such a shocking color for its historic buildings? 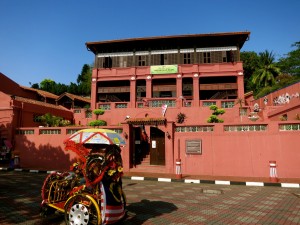 A quick Internet search reveals that the red paint was introduced not by the Dutch during their 300-year rule, but by the British in the early 20th century. Why? No one is quite sure.
The most colorful theory is that locals spat so much red betel juice onto the walls -- out of disrespect for the Dutch -- that the British eventually just painted them red to avoid additional maintenance costs. But there is scant evidence for this in historic documents. It could just as well have been a big sale at the local paint store. My casual research hits a dead-end, and I'm left with a choice to think of the red-painted buildings as either an arbitrary decision with extraordinarily long-lasting effects or as an intriguing unsolved mystery. I choose the unsolved mystery.