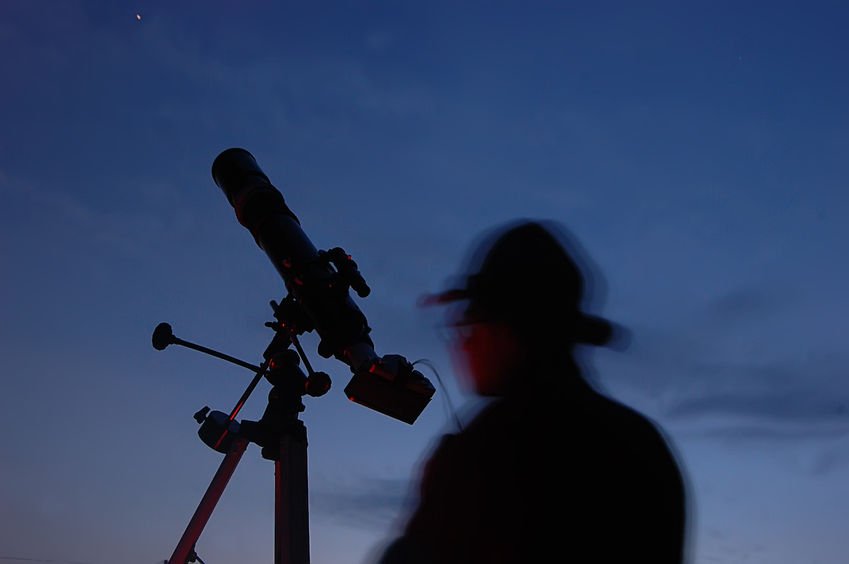 Fiction in a minute: Up on a roof

Dylan Brody stood on the rooftop of his North Hollywood apartment with his telescope and notebook, looking for what unkind people referred to as “little green men.” The science of ufology was so misunderstood, and he hadn’t done much to help it gain mainstream traction. He still winced inside when he remembered his speech at the computer hacker’s convention in Menlo Park three years ago, back when he garnered respect rather than ridicule.

Between midnight and four a.m. in the half-gentrified NoHo Arts District was cluttered with police cars, the chop-chop of helicopter blades and drunk art students, dancers and actors in their twenties lurching between bars and house parties. But Dylan kept his eyes trained to the night skies looking for amorphous globs of light and ghostly shapes hurling through the atmosphere.

He did not believe that UFOs were vessels containing extra-terrestrial visitors. Instead, he believed that any visitors to this planet were from some future Earth where time travel was possible. And he desperately wanted to meet these emissaries if they came. Within their minds would be the schematics for great technological breakthroughs. Who knew what would be possible? Anti-gravity technology, time travel, teleportation!

A whoosh and a slam from the far corner of the roof alerted him to the presence of another, but he didn’t move his eye from the telescope. Footsteps crunched behind him.

“What are you looking at?” a woman said in a low, pleasant voice.

He quickly shut the notebook before turning to face her. Her brown hair flew in long strands around her, and she tried to keep them out of her face—which was quite pretty—by tucking them behind her ears.

Keep it simple, stupid, he thought. “Just stars,” he said. “The Milky Way.”

He stepped back from the telescope to let her peer into it.

“That’s the Scorpio constellation,” he said to the back of her head as she bent over slightly to look into the telescope.

“Glitters like jewels,” she said, stepping back. “I’m a Libra, though.”

“I don’t know much about astrology,” he said. “Just stars. Let me see if I can find Libra; it’s next to Scorpio, just to the east.”

He put his eye to the telescope lens once again and scanned the night sky for Libra’s quadrangle of its four brightest stars.

“Look now,” he said. “See the four bright stars that form a kind of rectangle? That’s Libra. It’s supposed to look like the balancing beam on a set of scales.”

She looked for a long time, so long that he grew impatient and anxious to get back to his work. He cleared his throat and shuffled the pages in his notebook, then tapped his pen against the telescope itself.

She straightened up and he saw that the telescope viewfinder had left a perfect circle impression around her right eye.

“Thank you for letting me look,” she said. “I thought you might have been someone who was looking for UFOs or something crazy like that.” Her eyes were blue, deeply set beneath thin eyebrows.

He laughed. “Ha ha,” he said, not sure why he was denying his real interest to this woman, other than the outlandish hope he might have a shot at asking her out. Not that he had the courage to do it.

“Silly, huh?” she said, and then, right before his eyes, her body seemed to pixelate then dissolve, until he found himself standing alone on the roof once again.

“Goddammit!” he shouted, kicking the telescope stand and sending it flying across the roof. He’d just missed his opportunity to meet one of the time travelers.