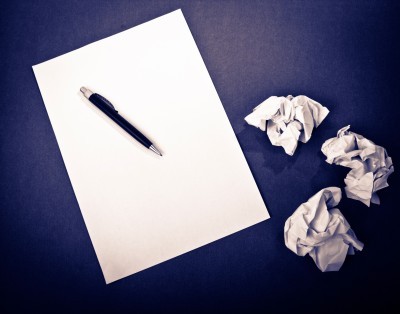 Get past write fright to the first draft 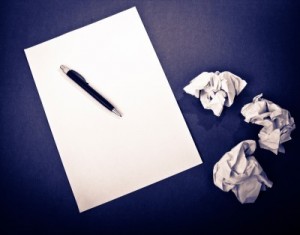 Write fright, or fear of the blank page, is hard to overcome. The white page on the computer screen seems naked, and my attempts at sentence fragments, much less paragraphs, offer it as much cover as a fig leaf. Maybe I should use a larger font. Try double spacing.

More experienced writers offer abundant counsel on how to handle write fright, and it usually boils down to the simple imperative. You wanna be a writer? Then write.

In her wonderful book on writing, Bird by Bird, Anne Lamott wrote that an aspiring writer must free herself to write shitty first drafts. Just get the words down on paper. Revise them later. No one has to see the first draft but you. But you have to get the words down to have something to work with.

And you have to write every day, according to author Walter Mosley. In a timeless “Writers on Writing” article from the New York Times, Mosley likens writing a novel to gathering smoke.

I read that line and feel a wrenching inadequacy. I’ll never be able to write like that. An image that perfect must have sprung from his creative mind fully-formed, like Athena from Zeus’s forehead. I pause, remind myself that I could be wrong. Maybe it actually took him two months, seven drafts and a helping of self-doubt before he got it exactly right. Maybe he first thought that writing is like herding cats or climbing a mountain, comparisons he dismissed as clichéd. 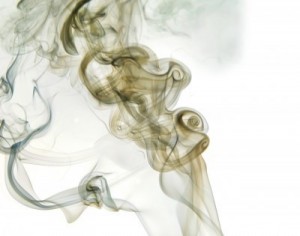 “Ideas are smoky concepts liable to disappear at the slightest disturbance,” Mosley wrote. Gathering that smoke onto the page every day keeps the story alive in your mind, and helps it form into something larger and more substantial.

Turkish writer Orhan Pamuk, in his 2006 Nobel Prize acceptance speech, talked about sitting at his table, “for days, months, years slowly adding new words to the empty page.”  As a bridge or wall is built stone by stone, a writer uses words, he said. This imagery of words as stones comes alive for me, for writing seems like architecture and construction to me.  A combination of form, structure, detail and place.

My first stumbling block is that damned internal critic, who delivers writing critiques with shrill contempt. A writing instructor from hell. Where a wonderful  fiction writing instructor (like author Robert Eversz, who turned me on to the Mosley and Pamuk pieces I referenced above) would gently prod his students to think about the scene objectives, in my head I hear a sneering and rhetorical “what on earth is this scene about?”The answer, according to that critic, is that it is a scene about nothing, and I should give it up entirely because any good writer would, could, should write a brilliant first draft of any scene.  I relayed a less intense version of this to Robert, who told me to turn that voice off. If only I could find the switch. But I’m trying—at least for the first draft.

So I will take their advice and write. But more importantly, I will fill that blank page with ideas and words, remembering that I am travelling down a path already well-worn by successful and aspiring writers.