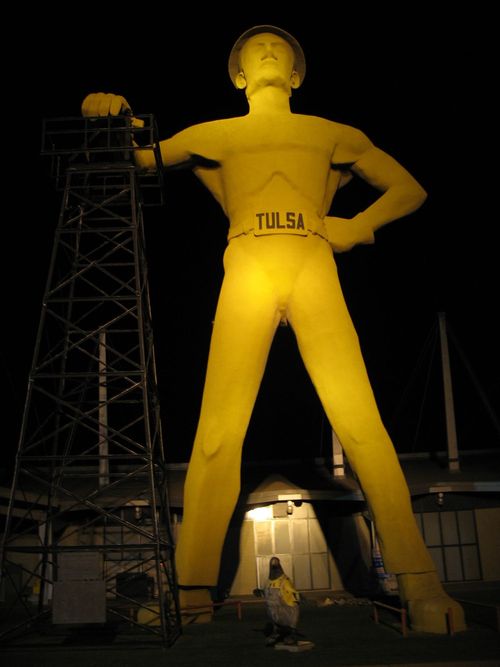 I'll admit it -- growing up in Tulsa, I was always scared of the 76-foot Golden Driller statue. 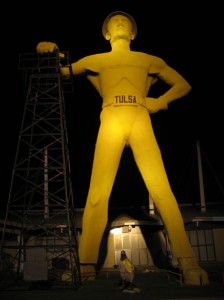 We had to walk under his widespread legs to get into the main entrance of Expo Square, home to gun shows, the county fair, rodeos, circuses and high school graduations. And each time, I would rush through, afraid he would come to life, crushing houses, cars and even little kids like me with his size 393-DDD work boots. His stance and his clothing is that old time ideal of masculinity -- granite jawed, bare chested to reveal cut abs, tight jeans with a massive belt buckle reading Tulsa. Think James Dean in the film Giant or young John Wayne in War of the Wildcats. 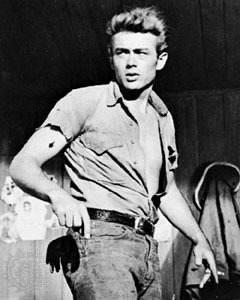 Built of plaster and concrete on an iron frame, the Golden Driller rests his massive arm on an oil derrick and looks out over the intersection of 21st Street and Pittsburg onto a neighborhood of mid-century ranch style houses. He was originally built for display at the 1959 International Petroleum Exposition and permanently installed at the Tulsa County Fairgrounds in 1966, where he represented IPE and Expo Square. The Oklahoma Legislature made him the national state monument in 1979, and he remains an enduring symbol of the city's pre-1980 oil boom days.

Today, he's become a quirky rather than fearsome landmark, eschewed by art critics but embraced by kitsch lovers, making it onto offbeat tourist attraction lists like RoadsideAmerica.com. He's worn t-shirts to promote radio stations and events, and even an huge orange necktie in honor of OSU graduation.