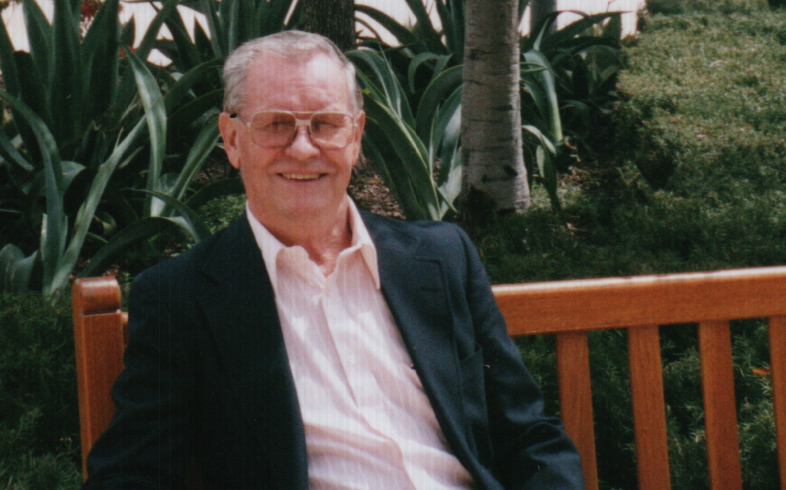 Lessons from my father

My father provided me with countless life lessons, many of which sunk into my head while I was pretending not to listen. I've written a previous blog on my favorite piece of his advice, the one about eating an elephant one bite at a time. In honor of the second anniversary of his death from Parkinsons' Disease, I thought I'd share a few more bits of wisdom from John Lipinski.

1. He with the most tools wins. Dad was an airplane mechanic and as far back as I can remember, he always had at least one tool shed filled with shiny Craftsman tool chests on wheels, and filled with hundreds of well-organized screwdrivers, wrenches, hammers, pliers, utility knives and wire cutters. He fixed my toys, my doll carriage, my barrettes and later my car with his magic tools. And even with such a large inventory at home, I can still see him walking the aisles of Sears eyeing up the latest socket wrench. Tools to him were like shoes to most women. You cannot have enough. This also is true for pens.

2. Girls can do anything. My dad was absolutely convinced that my sister and I could do anything we set our mind to; and he convinced us too. There were about two minutes in high school where I tried umpiring Little League baseball games. My dad thought this was cool and supported me 100%, even though the head umpire didn't share Dad's enthusiasm. Full disclosure: I volunteered because I thought it would be a nice way to meet guys. Turns out it was really more of a good way to get yelled at by angry parents.

3. If you can't be charming, then be quiet. My father was unfailingly kind and engaging to most people he encountered, and especially those working service industry jobs at restaurants, liquor stores, ticket booths and donut shops. Like Will Rogers, he never met a stranger. On the rare occasion that he didn't like someone, he was never confrontational or unkind. He just went quiet and reserved. In an age where everyone posts exactly what is on their mind for the whole world to see, there is something to be said for simple silence.

4. Time accelerates. This is one of the lessons he imparted when his health was failing. The time goes faster and faster the older you get, he told me. Don't waste a minute doing things you don't want or need to do. I like to think he would be very proud of me for committing fully to my fiction writing because it has been my lifelong dream.

5. Be impulsive. For a lot of families I grew up with, buying a new car was a big event, one that was planned for and discussed for weeks, if not months, before the purchase was made. In our family, there was no such warning. Dad just showed up with new cars he bought on a whim. I don't believe he ever bought anything he couldn't afford, so it wasn't irresponsible. It was just...impulsive. Dad would drive off in the morning to pick up something at the Redbud grocery store, and come home in the afternoon with a brand new Oldsmobile Delta 88 or Chrysler Cordoba (with Corinthian leather!). It was always interesting. And Dad was the one you wanted to go with to the TG&Y because he'd buy you stuff Mom would never dream of.

I see his influence in my life everywhere, and it's one of the ways that I know he is still with me even though he has left the earth. With love to you, Dad. I hope you found peace through those four doors.

Beautiful, moving, and it is awesome that he is with you still, because you remember him this way, and his advice is alive for you.

I am writing this response to your heart touching tribute to your dad,
with tears running down my face right now, I am so happy we knew him and called him a wonderful neighbor and most importantly a true friend. H e was the kindest man I ever knew, always soft spoken and forever gracious to all men and women, no mater what their religion or race or believes, I saw your parents raise two smart, beautiful daughters, and my life has been enriched to know you all. We all walk thru this life and usually we touch each others lives weather it be good or bad in some way but I know from my heart that your father left his kind spirit on all who knew him, I’m glad to call him my friend. we know he is in heaven enjoying the football games going on right now and singing with the angels and his parents and his sweet sisters.

I just love this so very much, there aren’t enough superlatives. I’m sure your dad is smiling proud from the other side, and not the least bit surprised, because you can do anything.

What a wonderful tribute for a very special person and that is a great picture of John. It is hard to believe it has been two years since he passed. Steve and I feel fortunate to have you, your Steve, Laura, your mom and dad as part of our extended family.

Reminds me of my dad. Thank you for sharing!

Love, love this piece. Especially number 4. I told my husband just yesterday – where did the year go?????