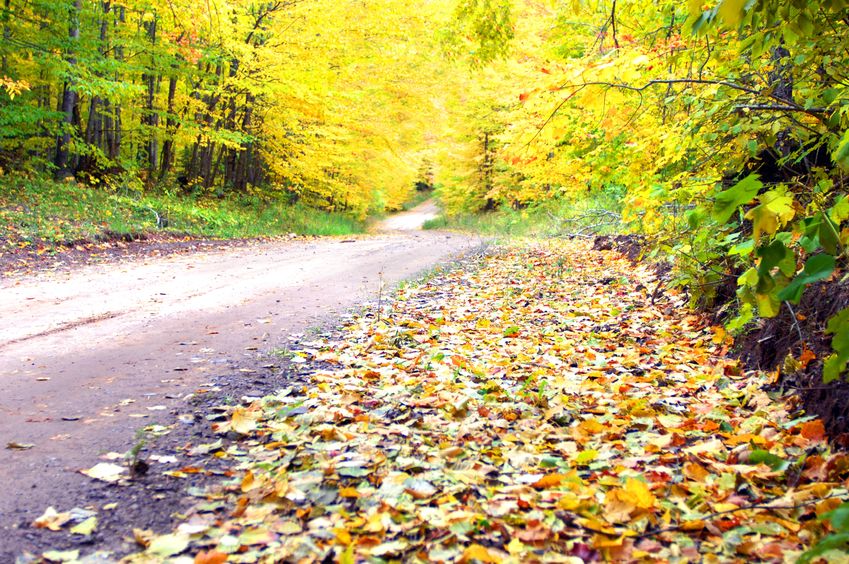 Fiction in a minute: Superstition

My wristwatch was stuck at half past two, even though the morning sun indicated otherwise. Most people would get a battery, reset the time and move on with their day. But I had old superstitions rattling around in my head, a legacy of my Nana’s myriad household warnings and omens–like if your right palm itched you were going to get money, if you got your stomach wet while you washed dishes you’d marry a drunk, or if you sang at the table you’d marry a crazy person. And if a clock stopped, someone was going to die.

“Just put a new battery in it, for crissakes,” my boyfriend Stuart said, when he caught me regarding the watch with the kind of revulsion I reserved for cockroaches and cigarette butts.

I talked him into going to the jewelry store with me. We followed the empty footpath around the lake to town. It was one of those dark November days, stark trees against a sky blanketed in grey clouds, wind whipping up dried leaves into clattering funnels. A duck swam across the rippled water, flapping its wings. I pulled the thick wool of my jacket snug across my chest, and wondered if it would rain.

If Stuart wanted to pick a topic to take my mind off of Nana’s superstitions, he could not have chosen a better one. We never failed to argue about his mother. I’ve watched Stuart try to rescue her from herself since we were kids. She was the kind of person who thought the world owed her a good time, so every day was a disappointment. I supposed drinking cheap bourbon out of plastic tumblers compensated somehow, or at least made the time pass.

But in the name of harmony, I bit back the question “What kind of trouble is she in now?” and made one of those “mmm” sounds.

“She got laid off,” he said, glancing sideways at me.

She only started working again two weeks ago, I thought. Even for her that had to be record.

“She’ll get unemployment, then?”

“That’s not the point, Kelsey. I’m worried about her. She spends too much time alone in that trailer. No one comes to visit her anymore. She didn’t even get any trick or treaters at last month.”

The kids were probably scared to go there. See, Sherri’s trailer didn’t need to be decorated special for Halloween. It already had the requisite cobwebs, rickety steps and general disrepair of a haunted-looking trailer, every day of the year.

“She wants me to move back in with her.”

Enough. The words spilled out of me like sleet from the sky.

“No way. Bad idea. You love living in your own apartment. And being around her isn’t going to help you stay sober,” I said.

“She’s hit the bottom. She said so herself. And she needs my help. How can I say no to that?”

“She can do what you did and dig herself out. Pour the bourbon down the sink, go to AA meetings and get a sponsor, and do the work herself.”

Stuart’s silence went on so long I thought maybe I’d gone too far, but when I glanced at him he was studying the footpath like we were on a tight rope and he didn’t want to take one wrong step. I quieted the chatter in my head so it wouldn’t continue to come out of my mouth, and concentrated on the moment. I felt the metal watch in my long sweater’s pocket hit my upper thigh with every step. I listened to the sound of dried leaves skittering across the grass. I watched my breath form clouds in the air. After a while, I took his hand and squeezed, relieved when he squeezed back and smiled.

In the distance, a muddy black truck rounded the corner and rumbled toward us.

“She has to admit she has a problem,” Stuart said. “Until then…” He shook his head slowly, eyes still on the ground.

Ahead, the truck wove sharply onto the shoulder before jerking back between the yellow lines for another twenty feet, then lurching back to the shoulder. Sun glare on the windshield blocked my view of the driver. Stuart, oblivious, continued to stare at his shoes hitting the dirt path. Something wasn’t right, I thought. The driver was texting or drunk or maybe both.

“Stuart!” I shouted, but it only made him look at me, not at the danger ahead. And the truck had sped up. I yanked his hand, which sent him sprawling toward me and out of the truck’s path. The horn screamed at us as the driver shook his fist at us and drove by, as though we had been in his way. Then, the shrill squeal of brakes on pavement followed by a loud crash.

I was down, my head on the grass, the pain in my hip so sharp I couldn’t breathe for a moment. Stuart stood above me, stunned, and pulled me to my feet.

Stuart ran toward the wreck, and I followed behind, slowly, my hip crying out with every step. The truck had smashed head-on into a maple tree. The front end of the truck had folded onto the windshield, and a pair of thick, denim-clad legs were visible through the open driver’s side door.

When I got close enough, I saw the blood on the steering wheel and heard a terrible gurgling, but Stuart blocked me from looking at the driver’s face.

“It’s pretty bad,” was all Stuart said. I saw a beer can on its side between the brake pedal and his brown work boot. The smell of beer wafted to me over cold air.

“Could have easily been you that got hit, instead of that tree,” one of the cops who came later told us. “Kind of a cold day for a walk, ain’t it?”

We wouldn’t have been out at all except for that stupid wristwatch stopping, I thought. I pulled it out of my pocket and looked at its face, now as cracked as the truck’s windshield. I must have landed on it when I fell. And I watched as the minute hand ticked forward.